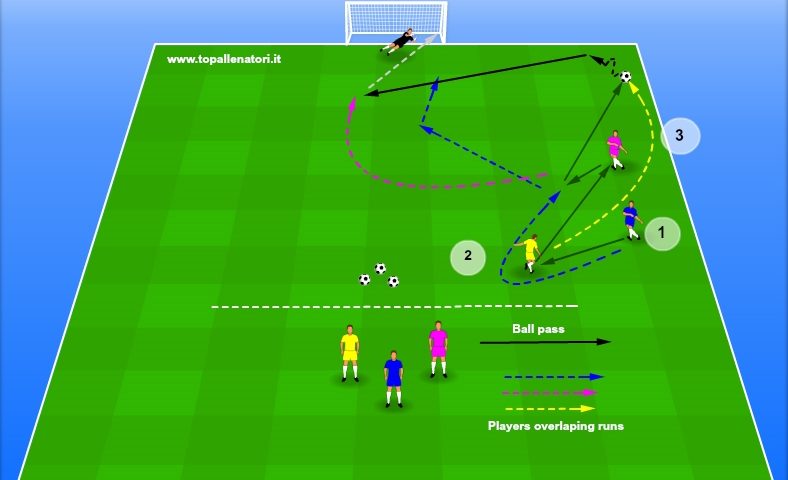 Football  drill tactics using quick one touch passing and overlapping movements to finish in the box. 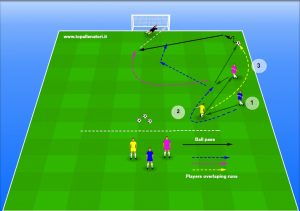 Set up and area 50 x 50 meter using 1 full size soccer goal, balls are positioned near the first station: there is 3 station with 3 players.

This combination drill can be placed even on the middle of the pitch.